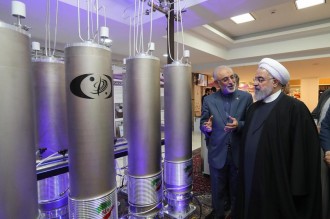 Iran to enrich uranium to 20%

Image Credit: Vahid Salemi/AP Iran has announced that it will enrich its uranium stockpile to 20% purity. This breaches the 2015 nuclear deal the US made with Iran to keep […]

Twitter accounts of prominent US figures targeted by hackers.