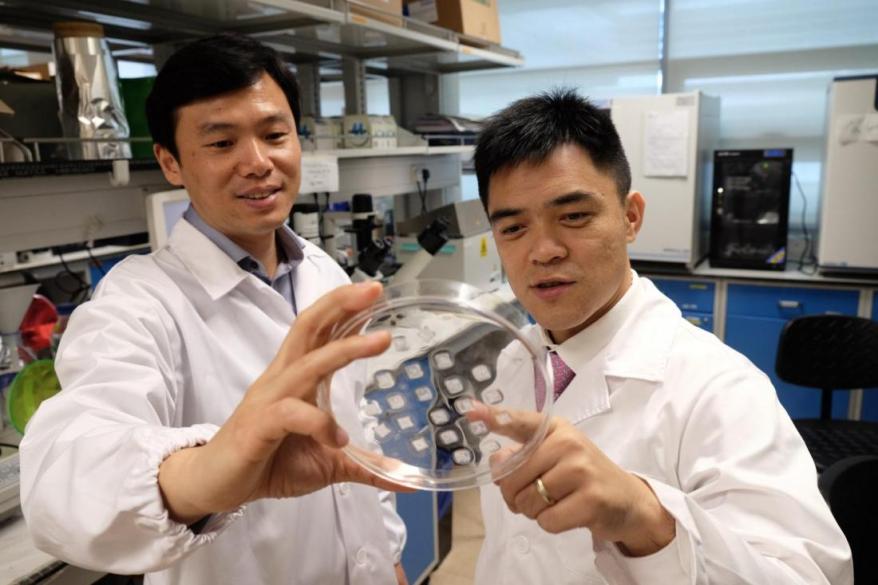 Christmas is over for most. If you do like food, than most probably you would have over-indulged during this season. For this reason, many would be trying to shed their newly gained fat, while some make it as a New Year’s resolution to get fitter then the previous year. Regardless of the reason, it is always good to lose weight provided that it is lost at a steady pace. Losing weight too fast can be harmful to your body and therefore refrain from trying to do so. Eating real food (vegetables, fruits, nuts, seeds dairy and lean meats) and exercising regularly is the key to a healthy weight loss. So far, this is the safest way to lose weight until recently- a group of researchers from Nayang Technological University, published a study where a simple skin patch reduced weight gain and fat mass over a period of 4 weeks in mice fed a high fat diet.

The co-author of the study, Chenjie Xu, from the school of Chemical and Biomedical Engineering at NTU Singapore, and his colleagues, claimed that one day their skin patch could be used as a non-invasive strategy for both the treatment and prevention of obesity. Obesity is an ever growing problem in developed countries. In Europe, around 17% of adults are obese while in the US it is a staggering 33%. Obese people are at risk of having type 2 diabetes, coronary heart disease, stroke and some forms of cancer.

The skin patch consists of hundreds of microneedles which are loaded with either Beta-3 adrenergic receptor agonist (used to treat an overactive bladder) or thyroid hormone T3 triiodothyronine (which is used to treat an underactive thyroid gland). Both of these drugs have shown to be effective in turning the white fat (bad fat- it stores the excess calorie consumed) into the energy-burning brown fat (often referred to as the good fat since it burns calories that are consumed to generate heat).

The skin patch when pressed onto the mouse’s body, releases the microneedles which break off and get embedded in the skin. They will then dissolve and release the drugs slowly into the white fat converting it to brown fat.

‘With the embedded microneedles in the skin of the mice, the surrounding fats started browning in five days, which helped to increase the energy expenditure of the mice, leading to a reduction in body fat gain.’- Prof. Xu Chenjie.

Their research paper has been published in the journal Small Methods.

Residing on the small island of Malta, I have developed a keen interest in foreign politics and science, and in bringing truth to my audience by providing daily news! View all posts by truthisacommodity