Image Credit: Twitter account @intelcrab After fierce fighting, the Russian forces managed to capture the Cherbonly nuclear plant in its attempt to keep pushing to Kiev. The Chernobyl nuclear plant […] 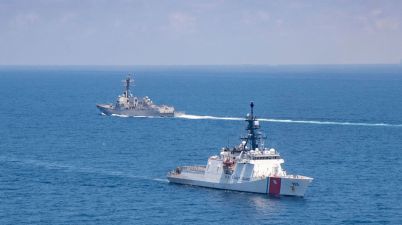 Image Credit: Australian defence force/AFP/Getty Images Amid the Russian invasion of Ukraine there are unconfirmed reports that Chinese warships entered the territorial waters of Taiwan. We do not have any […]

Russia attacks several Ukrainian cities – Belarus joins in the attacks near the border.