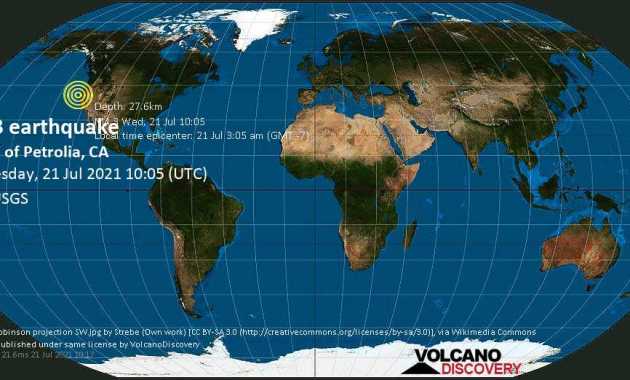 Image Credit: VolcanoDiscovery Moments ago USGS reported that a 4.3-magnitude earthquake struck 34 miles south of Eureka, Humboldt County, California, USA at a depth of 27.6km. As is usual, the […] 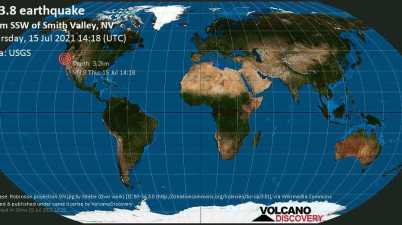 California backtracks on a rule that bans unmasked students from school campuses.

Image Credit: Lea Suzuki / The Chronicle Last Monday, a new rule issued by the State of California to ban K-12 students from campuses if they refuse to wear masks […] 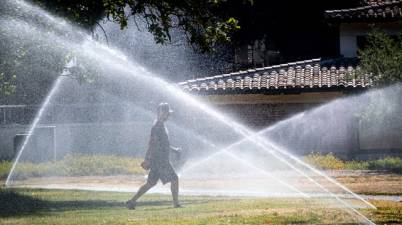 Brutal heat wave to scorch West US this weekend.

Image Credit: David Crane/The Orange County Register via AP According to National Weather Service (NWS), this weekend western United States is expected to experience a brutal heat wave which will […]

A gunman is on the run after a shooting in Fresno, California.

Image Credit: ABC30 A gunman is currently on the run after a shooting led to a crash close to intersection of Herndon Avenue and First Street on Friday morning. Fresno […]

California quakes did not cause significant damage.

Image Credit: EMSC Around 9 hours, several earthquakes rattled California that continued up to a few hours ago. Luckily, no significant damage was caused even though some quakes had a […]