Image Credit: Twitter account Theragex Another explosion has hit the city of Abu Dhabi, United Arab Emirates today at around 8.45pm London time. Officials have reported that a missile or […]

Attack on an Israeli ship in the Indian Ocean. 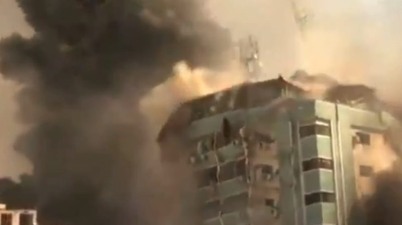 Image Credit: Screenshot from a Twitter video uploaded by Emanuel (Mannie) Fabian. On Sunday night, rocket sirens blared in the city of Ashkelon in Southern Israel as rockets headed to […]

Image Credit: Aselsan via AA On Tuesday, the Turkish Defense Ministry announced that it successfully test-fired the locally produced HISAR-A missile and hit the target drone in the central province […]

Image Credit: tehrantimes.com On Saturday afternoon, an explosion was heard in the city of Jeddah, Saudi Arabia. This came hours after authorities confirmed an attempted attack on the port of […]