Image Credit: AP It has been reported that on Tuesday evening a Chinese warship came close to Taitung County’s Orchid Island, South of Taiwan. This area was chosen by Taiwanese […]

Image Credit: CNA file photo On Sunday, China’s new aircraft carrier, Shandong sailed through the Taiwan strait, prompting Taiwan to immobilize its military to monitor the carrier as it passed […]

Image Credit: Defense Ministry/ TASS The Russian Strategic Missile forces have in possession a hypersonic weapon that could pose a problem for the Western World. The Avangard Intercontinental ballistic missile […] 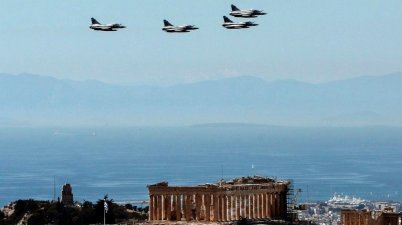 Oil tanker at the Saudi Port of Jeddah attacked.

Image Credit : Twitter (Malik ZayD) Reports came in of an attack on an anchored oil tanker in the Saudi Arabia’s port of Jeddah on Monday. The tanker was attacked […]

Image Credit: Daily Mirror The Prime Minister of United Kingdom has put four naval warships on standby in case UK leaves the EU trade bloc without a trade agreement. The […]

Image Credit: AP On Monday, the head of Rostec, Sergei Chemezov, said in a statement to reporters that the Russian army will receive the first batch of the new T-14 […]