Cause of Sunday’s explosion in a petrochemical plant in Iran still unclear.

Image Credit: Screenshot from a video uploaded on Twitter by Heshmat Alavi. Yesterday, an Iranian petrochemical plant, Movaledan chemical factory, located near the religious city of Qom, was hit by […]

Explosion at a cement factory in Tokyo.

Explosion in a mine in North China kills nine.

Explosion at a power plant in China.

Capitol Hill in lockdown after car smashed into barrier. Police officer and suspect dead after the attack.

Image Credit: Screenshot from Twitter video JakeSherman. Capitol Hill in in lock-down right now after a car that smashed into a barrier at US Capitol complex. Two policemen were hit […]

Image Credit: @DeviandesPeru On Saturday morning, a convoy of six trucks exploded in Peru’s central highway after rocks fell from a hill and hit a truck carrying gasoline. The highway […]

More than 30 dead after train collision in Southern Egypt.

Image Credit: Twitter: @lummideast On Friday afternoon, two trains collided in the Southern Egyptian city of Sohag. The collision caused three passenger cars to derail and flip over, killing at […]

Massive explosion at a chemical factory in Maharashtra kills five.

Image Credit: TimesNow A huge explosion in a chemical factory in Maharashtra,Ratnagiri District in India killed four people and injured several others. It is believed that between 40-50 workers are […] 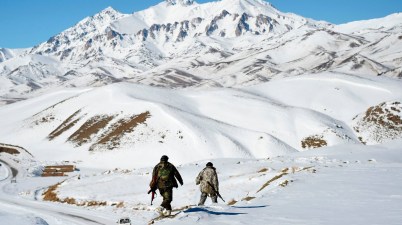