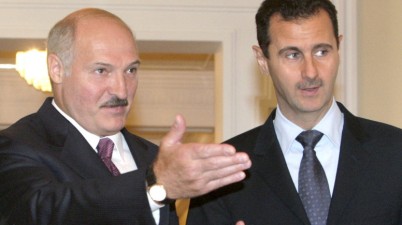 Belarus law enforcement authorities continue to arrest and beat protestors in a continued attempt to suppress protests against the newly elected President Alexander Lukashenko. The Opposition party together with pro-democracy […]

Silvio Berlusconi admitted to hospital as a precaution, after he contracted the coronavirus.

Image Credit: Flavio Lo Scalzo/Reuters The Former Italian Prime Minister of Italy and President of Forza Italia Silvio Berlusconi, aged 83, has been admitted to hospital on Thursday evening, as […]

Oil tanker off the coast of Sri Lanka catches fire.

Germany reports a new record of cases since April.

Image Credit: Martin Meissner/AP With the number of coronavirus increasing worldwide, the number of cases continued to increase at an alarming rate. Germany has reported a new record, one that […]

Millions of people in Philippines return to lockdown.

Image Credit: AP Philippine authorities imposed a two week lockdown in Manila and four neighbouring villages on the island of Luzon. Going out is only permitted to purchase essential goods […]

Image Credit: Alex Castro/ The Verge President Donald Trump while aboard Air Force One, said that TikTok will be banned in the United States, ‘As far as TikTok is concerned, […]

China locks down 400,000 people near Beijing after a surge in cases.